Our dedication to high-quality and safety begins in the research laboratory and continues through manufacturing and delivery of our products to you. With this focus, we take pride in being built on a foundation of science & quality, which delivers you products in the forms and with the features you prefer.

We recognize that some consumers are looking for products where less is more. That’s why we have verified that Emergen-C Hydration+ is made without ingredients that are genetically engineered (non-GMO).

Non-GMO applies only to Emergen-C Hydration+ 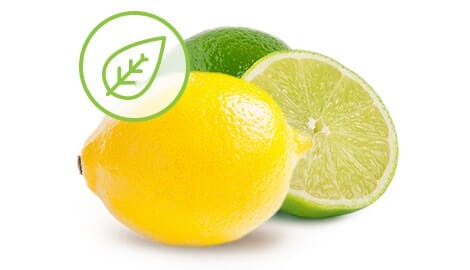 WHAT DO WE MEAN BY NON-GMO?

When we refer to “GMO” (otherwise known as “genetically modified organisms”), we mean an organism that was modified through genetic engineering, or other scientific means, that alters its natural state to one that could not have occurred naturally.

It is important to note, there is currently no official U.S. federal non-GMO definition.(i) We’ve based our non-GMO standard on a careful evaluation of FDA guidance documents, existing and proposed standards from within and outside the U.S., and standards set by independent organizations.

Our non-GMO standard requires sourcing non-GMO by origin ingredients for our verified product. This means we use an original seed source that is conventionally grown (not genetically engineered) for our ingredients. Our verification is based upon a thorough evaluation of supplier documentation confirming the non-GMO status of the ingredients that make up our product.

Non-GMO by IP refers to non-GMO by Identity Preservation. This requires practices and processes for controlling contamination from at-risk GMO inputs and ingredients. While non-GMO by IP is acceptable for our standards, it is not required.

PCR (Polymerase Chain Reaction) testing is a method of detecting genetic material in products. A PCR(-) finding alone is not sufficient to ensure that a product is non-GMO. In certain cases, testing may be used as a verification tool.

We allow for the use of fermented ingredients or processing aids that are genetically engineered, as long as the genetic material from the processing aid is removed from the finished ingredient and is not present in the final product.

For more background, we’ve included explanations and common definitions related to GMOs below.

The U.S. FDA uses the term “genetic engineering” (GE) interchangeably with “modern biotechnology” and adopts the CODEX definition(ii) for Modern Biotechnology which means the application of:

(A) In vitro nucleic acid techniques, including recombinant deoxyribonucleic acid (DNA) and direct injection of nucleic acid into cells or organelles, or

(B) Fusion of cells beyond the taxonomic family, that overcome natural physiological reproductive or recombinant barriers and that are not techniques used in traditional breeding and selection.

An example application of genetic engineering is when bioengineering techniques are used to insert DNA from one species into another in order to impart a trait that does not naturally occur in the species.
NON-GMO BY ORIGIN

Non-GMO by origin means the original seed source has not been altered using genetic engineering.

Identity preservation is a program or system that helps assure the identity of the ingredient tracing back to its original source. For example, the United States Department of Agriculture (USDA) has a voluntary Identity Preservation Program service which verifies the identification, segregation, and traceability of a product’s unique, value-added characteristic where verification is provided at every stage, including seed, production, processing and distribution.(iii)

PCR testing refers to the Polymerase Chain Reaction test that can be used to detect genetic material (DNA) in a sample. When used to determine GM status of a product, PCR(-) means that no genetically modified DNA is detected in the finished product.

According to the FDA definition, a processing aid includes(iv):

(A) Substances that are added to a food during the processing of such food but are removed in some manner from the food before it is packaged in its finished form.

(B) Substances that are added to a food during processing, are converted into constituents normally present in the food, and do not significantly increase the amount of the constituents naturally found in the food.

(i) In 2016, the National Bioengineered Food Disclosure Standard,I was passed, requiring the USDA to develop regulations for the mandatory disclosure of the presence of genetically engineered ingredients. While regulations mandating disclosure will not be available for a few years, we are taking a proactive role in ensuring we offer Emergen-C formulations that are non-GMO to meet the growing consumer preference for such assurance.

(iv) This is consistent with existing standards when such GE DNA is present due to adventitious or technically-unavoidable contamination.